Spread over 14,000 square meters, the state-of-the-art manufacturing facility has been producing aero-structures for Boeing’s AH-64 Apache helicopter, including fuselages, secondary structures and vertical spar boxes for customers worldwide. TBAL is an example of Boeing’s commitment towards Aatmanirbhar Bharat and the co-development of integrated systems in aerospace and defence not just for India, but for the world.

After the foundation of the facility was laid in 2016, TBAL delivered the first Apache fuselages in 2018. In July 2021, TBAL delivered the 100th fuselage for the AH-64 Apache combat helicopter to Boeing. Achieving this within three years of operations speaks volumes of the collaboration, strong manufacturing capability, advanced technology, and high levels of quality.

TBAL, Boeing’s first equity joint venture in India, is the result of a 2015 partnership agreement with Tata Advanced Systems Limited (TASL). Recently, Boeing announced the addition of a new production line to manufacture complex vertical fin structures for the 737 family of airplanes. 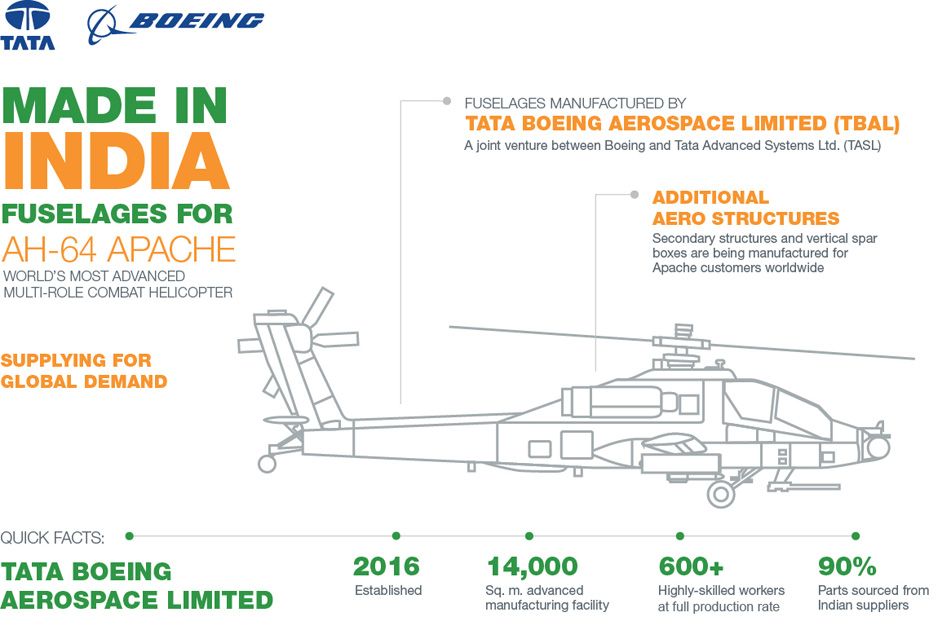