The CH-47 Chinook is an advanced multi-mission helicopter that will provide the Indian Air Force with unmatched strategic airlift capability across the full spectrum of combat and humanitarian missions. The Chinook has unsurpassed ability to deliver heavy payloads to high altitudes, and is eminently suitable for operations in the high Himalayas. The aircraft has been battle tested in diverse, extreme conditions throughout the world, and has proven capability to operate in the wide range of conditions that typify the Indian subcontinent.

In 2020, Boeing completed the delivery of 15 CH-47F (I) Chinook helicopters to the Indian Air Force.

The CH-47F is an advanced multi-mission helicopter for the U.S. Army and international defence forces. It contains a fully integrated, digital cockpit management system, Common Aviation Architecture Cockpit and advanced cargo-handling capabilities that complement the aircraft's mission performance and handling characteristics. Click on the button below to discover more.

In July, 2018 Boeing and India took a significant step toward modernizing the Indian Air Force’s helicopter fleet by completing the first flight of Chinook helicopters. Watch the video below:

On 10 February 2019, Boeing announced the ahead-of-schedule arrival of the first four CH-47F (I) Chinooks for the Indian Air Force at the Mundra Port in Gujarat.

The arrival of the Chinooks validates Boeing’s commitment to delivering on its promise of modernizing India’s defence forces. Through its current partnerships with Indian Air Force and Indian Navy, Boeing has ensured high rate of mission readiness and increased operational capabilities. 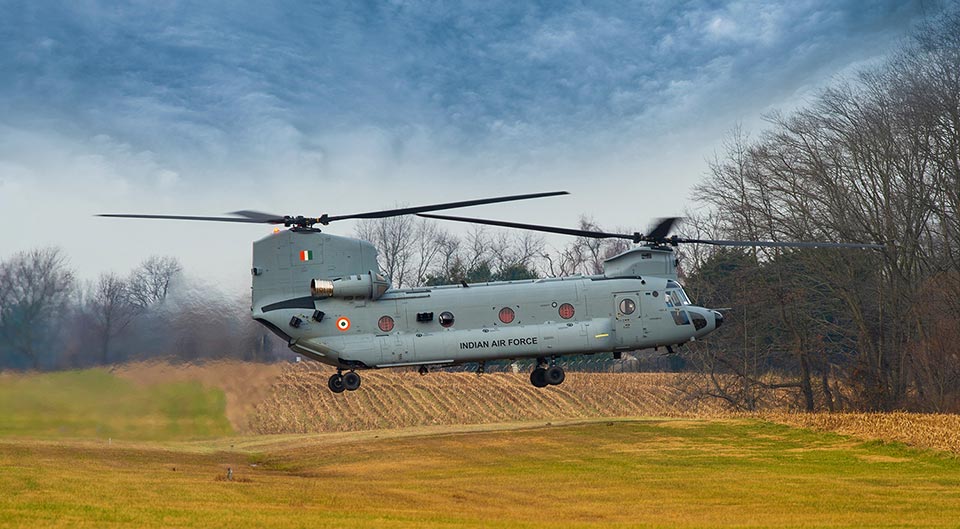 A sneak peek of the beautiful CH-47F(I) Chinooks that arrived in India in February 2019, at the Mundra Port in Gujarat, ahead of schedule. 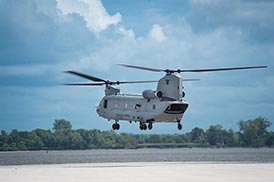 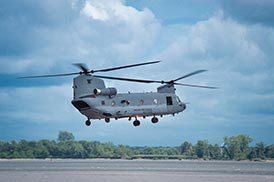