The F/A-18 Super Hornet Block III on offer to the Indian Navy is the most advanced, combat-proven, multi-role frontline naval fighter.

Designed from its inception for carrier operations, the Super Hornet can operate from Indian Navy aircraft carriers and meets STOBAR performance requirements.

As the U.S. Navy’s frontline fighter with over 800 aircraft delivered around the world, the Block III Super Hornet is already being deployed to the US Navy, and work is underway to upgrade over 500 Super Hornets to the latest Block III variant, which offers opportunities for cooperation in naval aviation between the United States and Indian navies, acting as a force multiplier for the Indian Navy as it interfaces with assets such as the P-8I.

With the Super Hornet as India’s carrier-based fighter, Boeing projects an economic impact of $3.6 billion over 10 years to the Indian economy.

Learn more about Boeing’s commitment to Aatmanirbhar Bharat through investments in five pillars and about the Hornet Industry Team’s contributions to India. 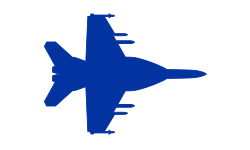 Read more about carrier compatibility, including how the F/A-18 Super Hornet recently successfully completed a ski-jump launch in Goa, India. 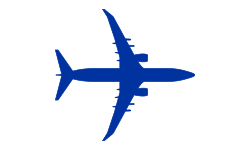 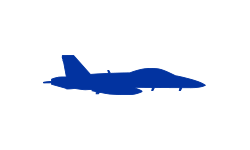 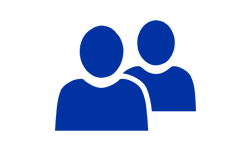 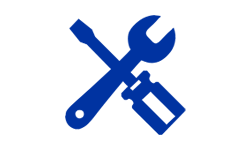 The tests followed eight ski-jumps in various weights and configurations during previous tests held at Naval Air Station (NAS) Patuxent River in Maryland in late 2020 that demonstrated the Super Hornet’s ability to operate from a short takeoff but arrested recovery (STOBAR) aircraft carrier, and validating earlier simulation studies by Boeing.

The above video is of the most recent ski-jump trials held in Goa, India in June 2022.

With the U.S Navy receiving more than 800 F/A-18 Super Hornets and Growlers the induction of the Super Hornet by the Indian Navy would greatly promote naval aviation cooperation, sharing of operational best practices and enhance interoperability between the two navies. The F/A-18 Super Hornet also has the potential to create collaboration opportunities between the two navies for carrier integration, training, technology transfer, and so much more. Choosing this fighter will be an enabler to a secure Indo-Pacific region: Three out of the four countries that support a secure Indo-Pacific operate the P-8, and two out of the four countries operate the F/A-18. 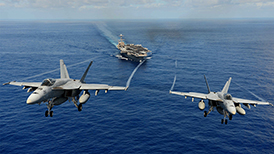 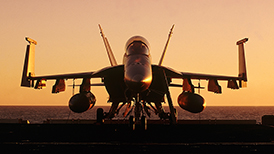 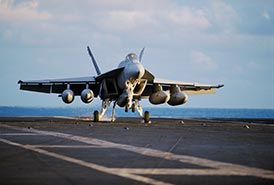 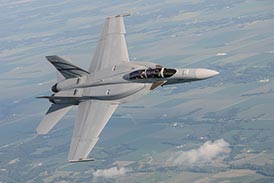 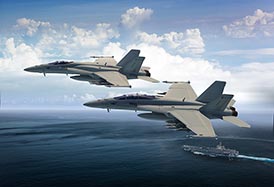 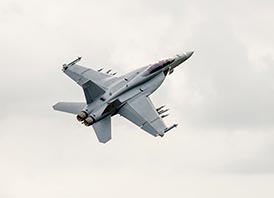